a few notes on Nebraska 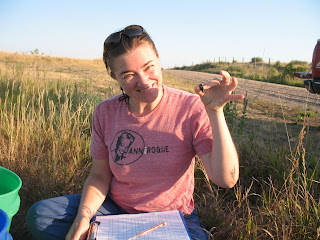 (The state, not the Bruce Springsteen album.)

It's hot. Camping in hot, muggy weather is high on my list of Things to Generally Avoid, so I'm going to happily accept the place to stay I've been offered in Lincoln. It's flat. Like woah. I mean, there are some lovely brief moments of alluvial depression that appear out of nowhere, and occasional small rolls in the land that could almost be hills--but it couldn't be more clear that this was recently (geologically speaking) the site of a sea. The effects of water, recent and otherwise, can best be seen on the grazed land, where the grass is uniformly short. It's so flat that all of the current water meanders in this drought year. 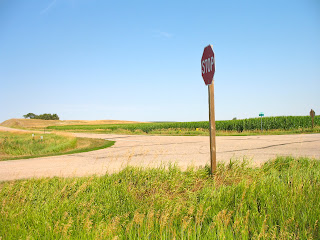 It's covered in corn. I mean, you guys, they are not lying about the corn. It is tall and everywhere. There are also some soybeans, and I've seen one wheat field, but corn corn corn corn corn corn. The sandy, slippery dirt roads that serve as 55 mph thoroughfares all over the last couple of counties I was in--and maybe all of them, I can't rightly say--seem to serve the sole purpose of getting from one corn field to another. 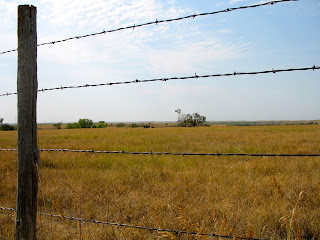 The prairie is full of bugs and birds. I have a lot of feelings about both, so I'm going to hold off on putting anything down on the permanent internet record just yet. 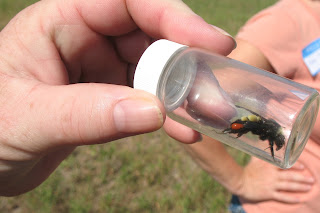 Some fun facts I've learned since I've been here:

Posted by Chelsea at 4:58 PM No comments: